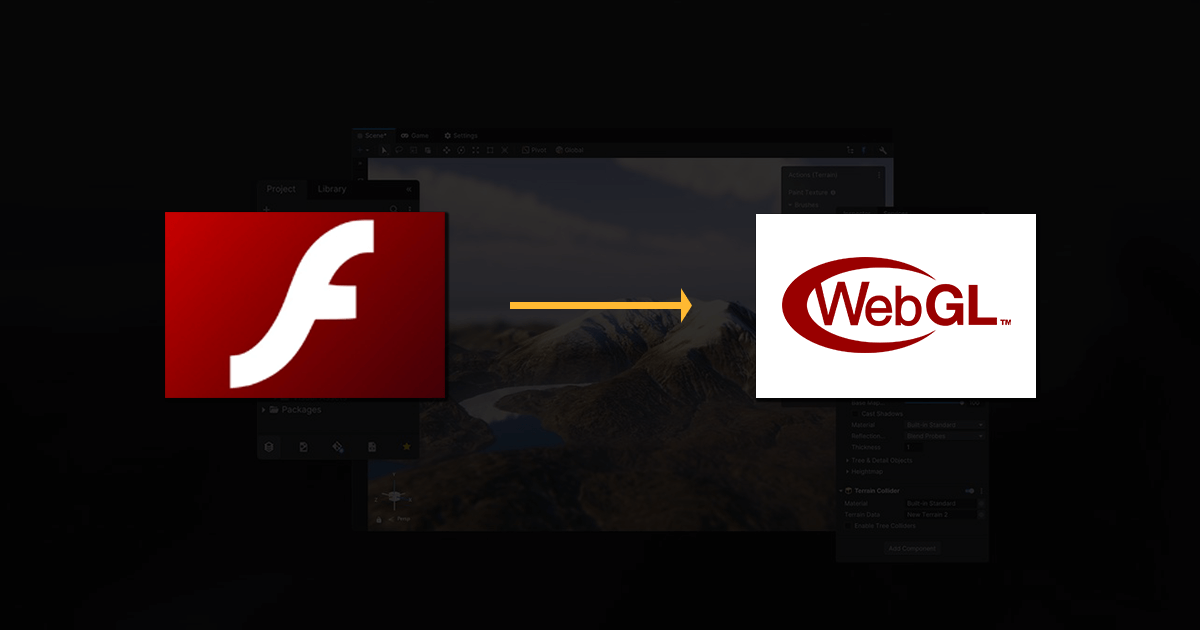 The Birth, Death, and Resurrection of Browser Gaming

Browser-based gaming is very much alive, but its future is much different than its past.

When we talk about browser-based games, most people think of Adobe Flash games -- logging into Newgrounds in the early 2000s to play a quick, goofy game. Though the days of Flash games are largely behind us, the power of browser-based gaming is even more powerful today, but it has evolved a great deal.

Understanding the future of browser gaming is much easier when we understand its past.

Today, Edmund McMillen is an icon in indie gaming. Super Meat Boy, a hit platformer in 2010 codesigned with Tommy Refenes, began as a Flash game in 2008. Remarkably, the Flash version was built in just 3 weeks, and its runaway success in the Newgrounds community attracted the attention of Nintendo and Microsoft who both wanted a full-fledged version of Meat Boy for their digital storefronts (WiiWare and Xbox Live Arcade at the time).

Meat Boy was one of several popular Flash products uploaded to Newgrounds by McMillen, who went by the username Bluebaby in the community, and that momentum has carried him through Super Meat Boy and into the phenomenally successful The Binding of Isaac series.

Newgrounds deserves credit here for their work in building and fostering a community of users and creators, making it possible for indies like McMillen to build a fanbase, but we should also highlight the Newgrounds experience itself.

The following elements of the user experience made Flash games particularly powerful:

For an era of gaming that was just starting to see the potential of digital distribution in games, Newgrounds and other Flash gaming communities hit upon a player experience that was remarkably friction-free. Barriers were low for players to try several games in a sitting and for developers to rapidly share their projects. In this kind of ecosystem, great content naturally rose to the top, enabling it to attract even more attention from players.

The Digital Walls Between Modern Players and Creators

If you were watching the heyday of Flash games and the trajectory of creators like McMillen, you may have--at the time--predicted that the games industry would build on those ideas as the industry transitioned from physical game distribution to digital distribution.

Those predictions would have been half-correct. While it is true that digital distribution has been a boon for the games industry, enabling more developers to reach more players by eliminating the costly and labor-intensive process of producing and distributing physical games for every launch, the player experience itself is still not as easy as it was to try a new game on Newgrounds. In some ways, the digital experience is becoming even more cumbersome as the industry grows.

Cyberpunk 2077 is a 70 GB download. If you had a physical version of the game, the steps between you and actually playing are still more than “insert disc.” The game requires additional downloads as well as follow-up patches. Though Cyberpunk 2077 is one of the largest games in recent memory, the experience around getting to play the game is largely the same as every other game in the industry.

If you have Steam installed on your PC, there are still a minimum of 11 steps you need to take to play a game, even if the game is free to play or simply a demo. For other platforms, that process can require several more steps.

Underestimating how much this deters players from trying new games or new demos is easy to do because a few clicks don’t feel like that much of a problem, but digital marketers learned a long time ago that every click is a potential point to lose users. In ecommerce, that means simplifying the shopping experience as much as possible--such as Amazon’s 1-click order feature--and in games that often means pushing users to wishlist first so that you can convert them to paying players later.

Trying new games, even in a mostly digital gaming world, is not easy, and that means that many modern developers don’t have access to the kind of player experience that we highlighted in the McMillen story.

WebGL and Trail: A New Horizon for Digital Gaming

WebGL, like Adobe Flash, is not a new technology in itself. Major engines like Unity and Unreal support exporting to WebGL, so playing any game made in those engines in a browser are technically possible, but here’s why developers rarely use this functionality:

WebGL is not a planning consideration -- Because developers don’t see value in WebGL, few projects are structured with WebGL in mind, making them difficult to effectively convert later.

Variations in user hardware and download speeds cripple performance -- In native experiences, settings are automatically applied based on detected hardware, and users can customize from there, but that is more difficult with WebGL.

If these problems were solved, more developers could deliver demos (or full game experiences, in many cases) in the browser without compromising the gameplay experience. Players could once again have the ultra-simple Flash experience of click and play to try new games.

Good news: These problems have been solved, but outdated views of browser-based gaming mean that many developers aren’t looking for these solutions, let alone learning how to implement them. Robust file streaming is available. Advanced file compression is available. Detecting hardware from inside of the browser is available.

And these optimizations can be incorporated into most major engines, such as Unity and Unreal, without radically changing workflow.

This means a rebirth of the simplicity of Flash-style gaming with the quality of modern games, which could be a boon for developers facing steeper and steeper competition for player attention.

With WebGL optimization, developers can once again rapidly share games with players. In the immediate future, we see this as a significant opportunity for game demos, especially as more and more events go digital or have digital components layered on top of physical events. Users can browse between demos with the same ease of walking between booths to try new games.

If a player is excited by a game, they can drop the URL to a friend, and that friend can try the game just as quickly as well.

We believe this will enable developers to build more connections with players in the short-term, and as this new stage of WebGL continues to evolve, it may enable new types of monetization and content models for developers as well.

We’re looking forward to seeing where developers take this technology.